The Joshua tree (Yucca brevifolia) is under threat from climate change. Models predict that Joshua trees will be largely eliminated from Joshua Tree National Park by 2100. As water stress due to changes in temperature and precipitation will be the main cause of mortality for Joshua trees, a better understanding of the water relations of Joshua trees is essential to conservation planning efforts. 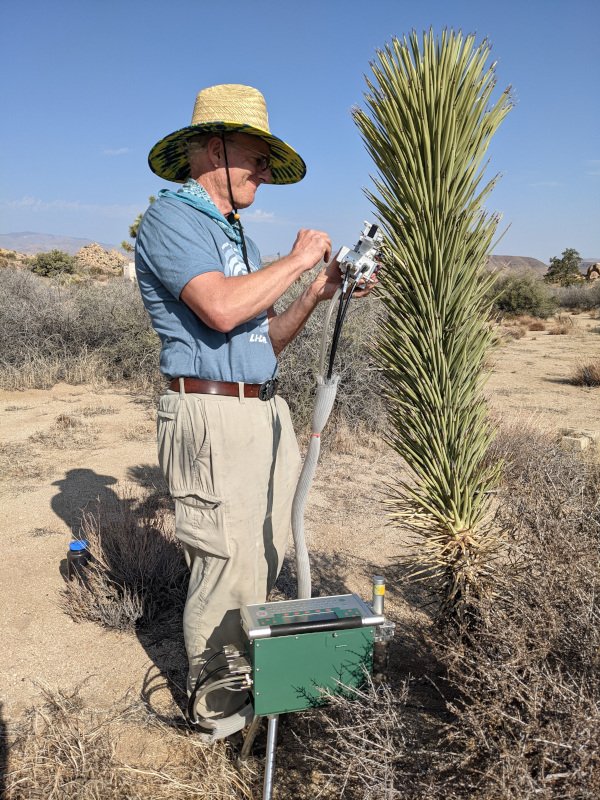 Michael Loik using the Portable IRGA on a Joshua tree.

My research seeks to understand the role of water storage in Joshua tree water budgets, the dynamics of precipitation pulse response, and the effects of Joshua tree root systems on soil moisture conditions. To this end, I have installed sap-flow sensors in Joshua trees at Burns Pinon Ridge Reserve to measure the volume of water moving through the trees every 15 minutes. This will give us a fine-scale picture of the water use of these trees. I have also installed soil moisture sensors in the ground below the trees and in an open area nearby to examine any effects of the Joshua tree root system on the soil moisture around the tree. Once a month, I use a portable infrared gas analyzer to quantify the amount of carbon dioxide the trees are taking up and making into sugar and the amount of water they lose to the air in the process. This detailed picture of the water use of these plants should give us new insight into how these plants survive in the difficult Mojave Desert environment. 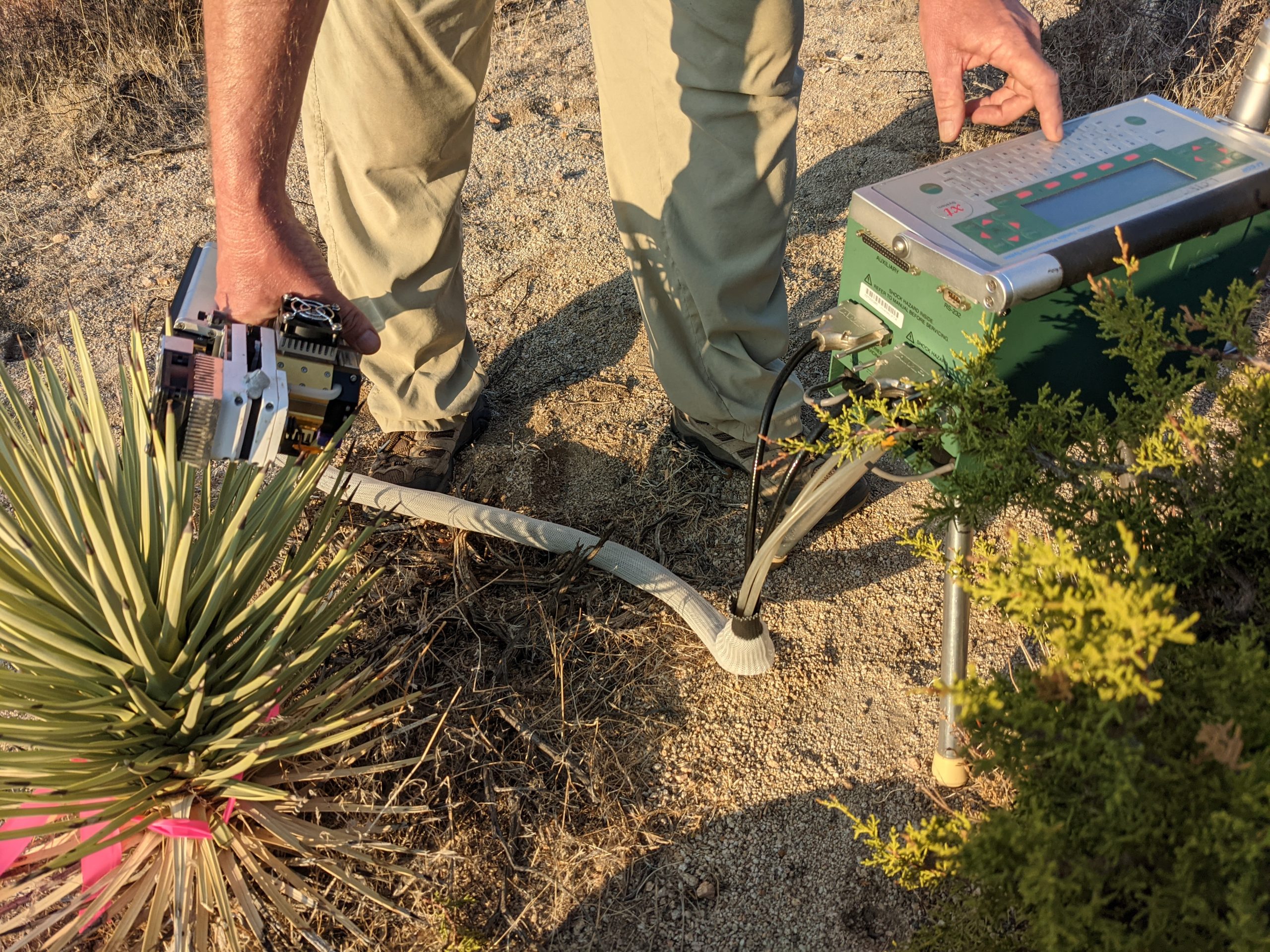 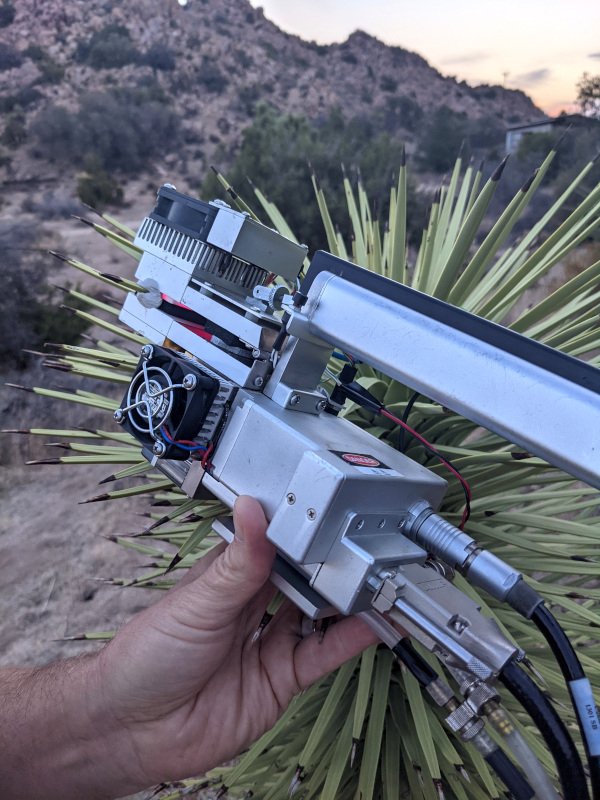 The Leaf Chamber of the IRGA on a joshua tree. 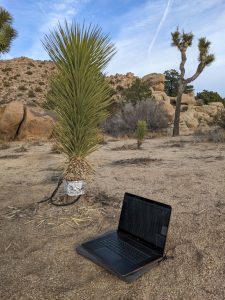 Within a given area, the diversity and abundance of plant species and their respective functional traits are indicators of change in resource availability at multiple scales. We have established marked transects and quadrats on the Burns Piñon Ridge Reserve to study plant community dynamics over time and across areas expected to vary in solar radiation and soil moisture.

Three point-intercept transects have been established that are each 50 meters in length, with ten associated 1m x 1m quadrats adjacent to the transect line. On each transect the total number and average size of individuals per species is recorded. On two of the three transects, an extra 3 quadrats are located under randomly selected shrubs within 10 m of each transect line. Transects are replicated across flat areas, north-facing slopes, and south-facing slopes. 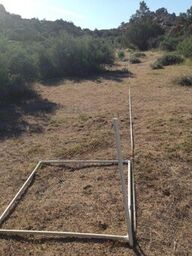 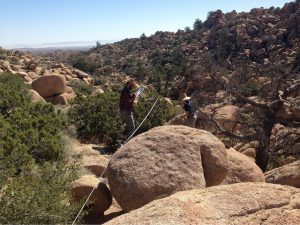 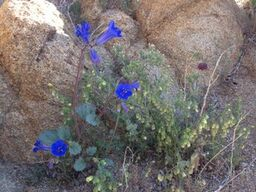 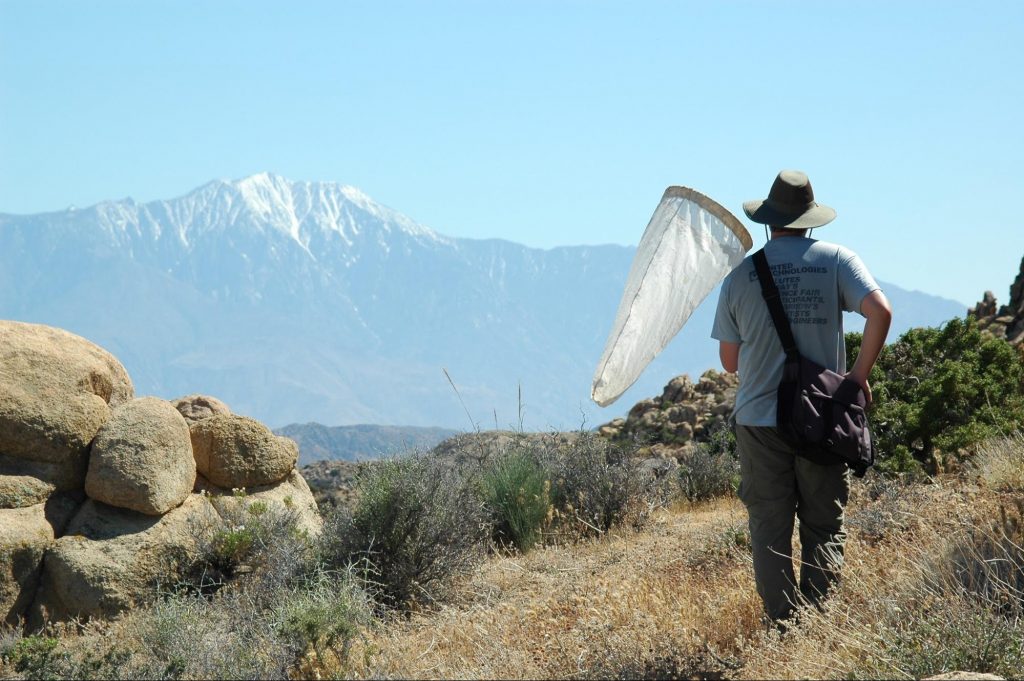 Dr. Jeff Lozier on a collection expedition to the Burns Pinon Reserve with the Essig Museum of Entomology, UC Berkeley, 2005.

Based on collections made in Oregon and California, the authors redescribe 7 beetle species, elevate 1 species from synonymy, and describe 10 new species. A portion of the collecting activities focused on the understudied Transverse Ranges of southern California. The holotype for one of the new taxa, Oropodes serrano Chandler & Caterino, sp. n., was collected at the Burns-Piñon Ridge Reserve.

The authors describe and illustrate seven new species of beetles collected from central to southern California. These collections increase the representation of the genus Cephennium in the Nearctic region and extend the genus’ geographic range from the San Francisco Bay region south to the eastern Transverse Ranges of southern California. 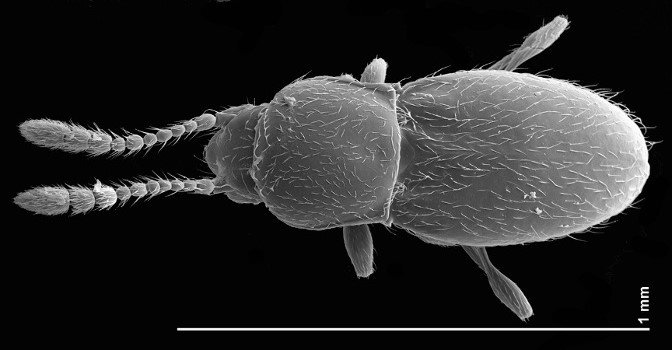 Loik, M.E. 2008. The effect of cactus spines on light interception and Photosystem II for three sympatric species of Opuntia from the Mojave Desert. Physiologia Plantarum 134(1): 87-98.

Spines were removed from the stems of three species of cacti to determine the effect of spines on light interception, plant tissue temperature, and pigment content. Spines had no effect on stem temperatures of any species, and they substantially affected photosynthetic activity and pigment composition only in the cactus species with the greatest spine density. 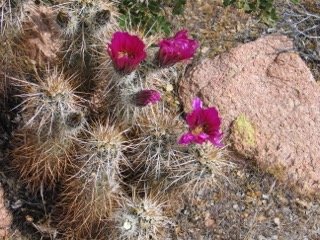 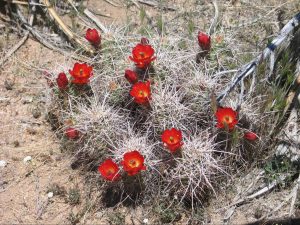 The study examines effects of increased soil nitrogen concentrations via atmospheric N-deposition on legume-rhizobium symbioses. The researchers measured atmospheric N-deposition rates across a predicted deposition gradient, used isotopic analyses to assess the relative importance of mineral nitrogen and biologically-fixed nitrogen to the legume Acmispon strigosus, and exposed A. strigosus plants from contrasting depositional environments to a controlled nitrogen gradient. They found that (1) plants from higher-deposition environments have higher total nitrogen content, (2) plants in higher-deposition environments incorporate a larger percentage of nitrogen from mineral sources, and (3) the growth benefits of rhizobial nodulation to the plant are reduced under higher-nitrogen conditions.

Published by the Sea and Sage Chapter of the Audubon Society, Santa Ana, California.